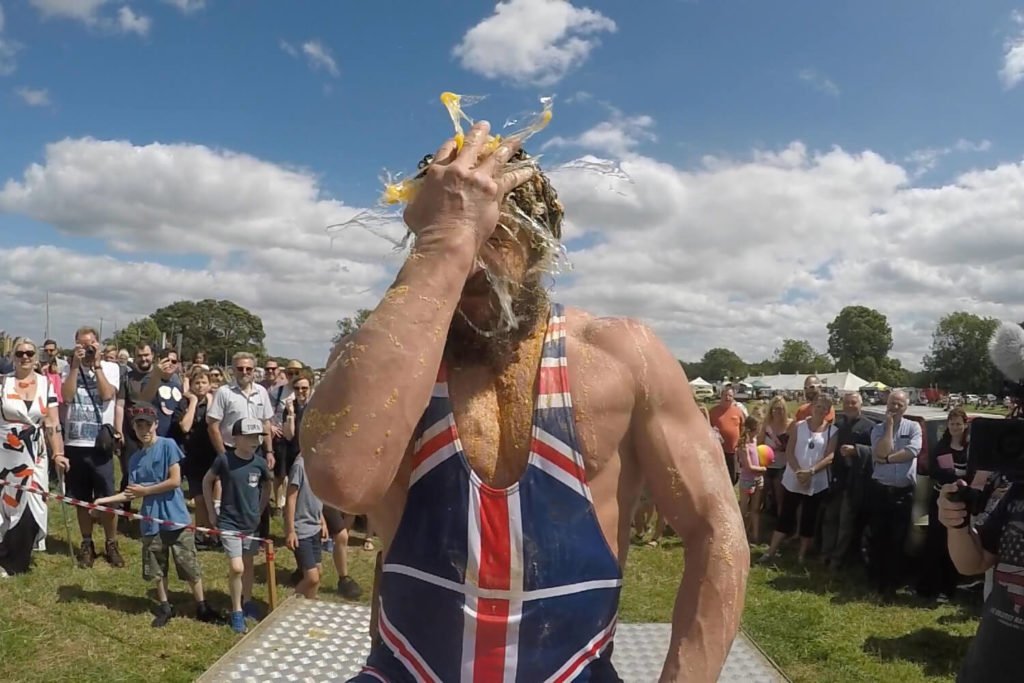 On Sunday June 30th, Always With A Smile founder Joel Hicks was back in Swaton, Lincolnshire for the World Egg throwing Championships.

The 25th World Egg Throwing Championships took place on Sunday June 30th in Swaton, Lincolnshire, and for the 11th year in a row Always With A Smile founder Joel Hicks was an integral part of the egg-citement, returning (yet again) as the target in the Accuracy discipline!

First of all, there’s the basic Egg Throwing Championship competition, where 2 person teams (consisting of a catcher and tosser) initially stand 10 metres apart, but spread apart after each successful toss and catch. A dropped or broken egg results in a teams exit from the competition, until there is just one team left.

The Egg Throwing Static Relay involves an 11 person team spread over 10 metre intervals. 12 eggs are then to be passed individually along the line. The winning team is not necessarily the quickest however, as there are penalty time points for breakages.

Gravity power is in store for onlookers watching the egg-streme World Egg Trebuchet Challenge. Starting close but getting further apart, in this competition there are 3 preliminary close quarter rounds to find the best teams, following which a long distance knock out takes place.

Then, as already mentioned, there is the World Egg Throwing Accuracy Championship, where combatants must stand a set distance away from the ‘target’ (Joel) and throw 3 eggs consecutively. Participants score no points for hitting the head, 1 point for the arms and legs, 2 points for the body… and 3 points for the groin!

And finally, there is Egg Russian Roulette, arguably the definitive event at the World Egg Throwing Championships. The rules are simple… it’s one against one, and a trial of nerves. Starting with 6 eggs, rivals must, in turn, select one egg and then crack the egg across their forehead. However, 1 of the eggs is raw, and if the egg goes splat rather than crunch… you’re out!

The Championships, which attracts tossers from all over world, is ran by Andy Dunlop, a former fire-fighter who is now the President of the World Egg Throwing Federation. A long-time supporter of both the foundation and research into the relationship between a testicular egg-strike and knee-weakness (according to Joel anyway…), the man revered in egg throwing just as Yoda is in Star Wars, is also an undefeated two-time winner of the International Worthing Birdman, having partnered with Joel on each occasion. 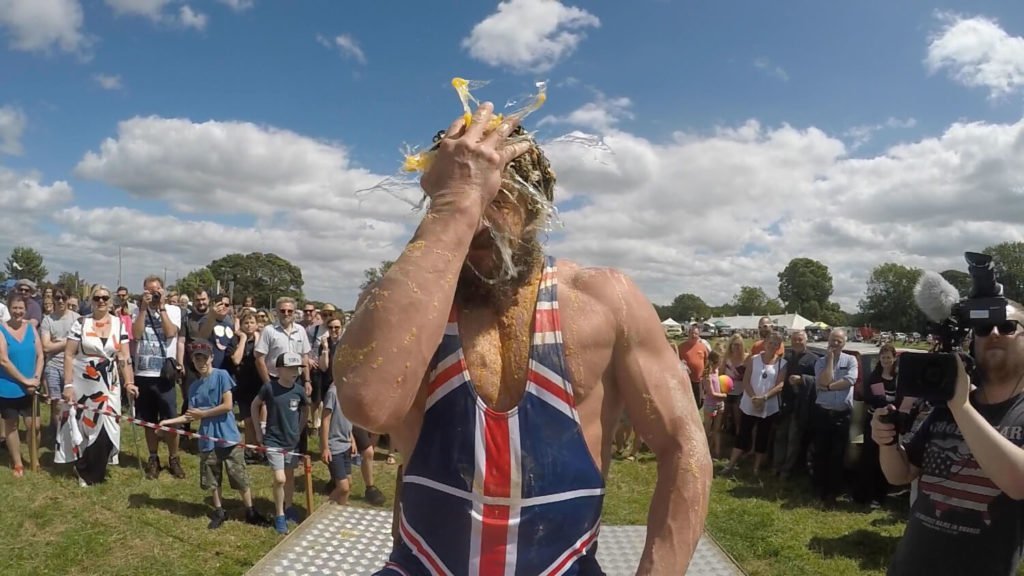 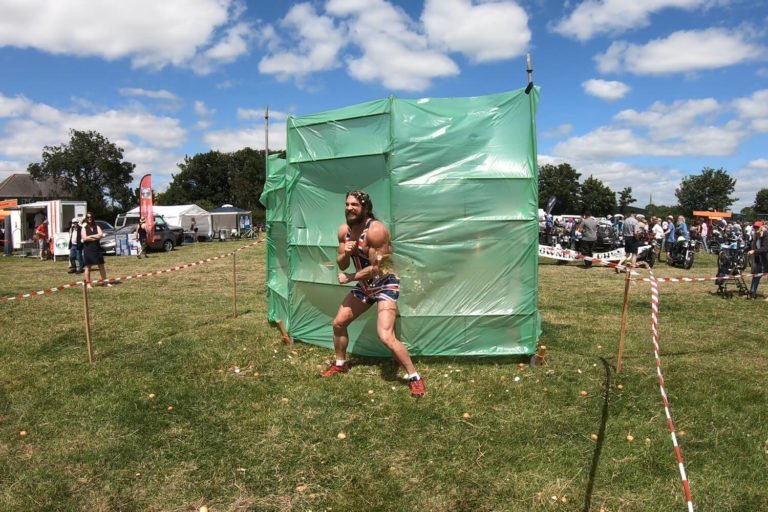 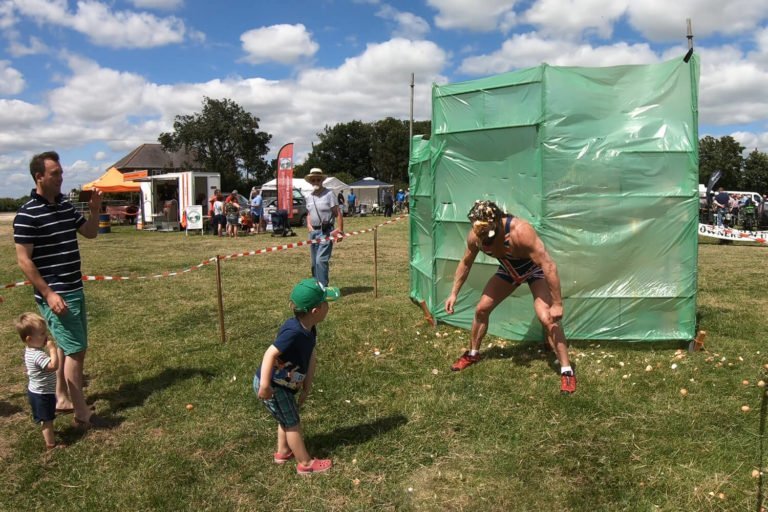 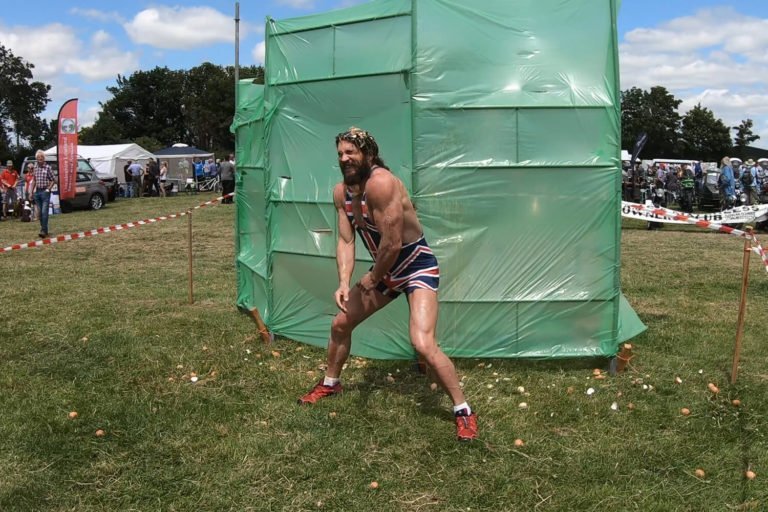 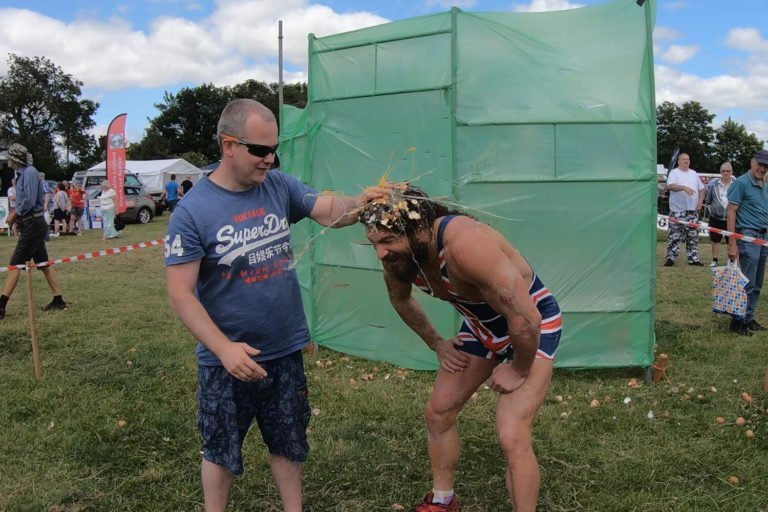 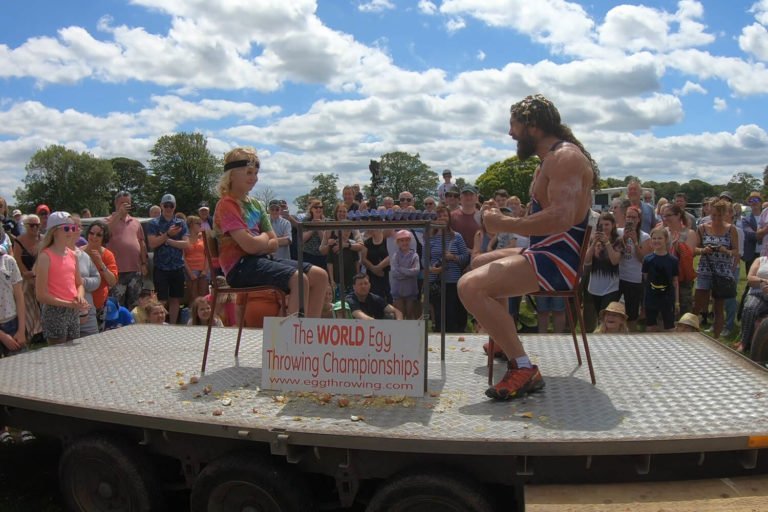 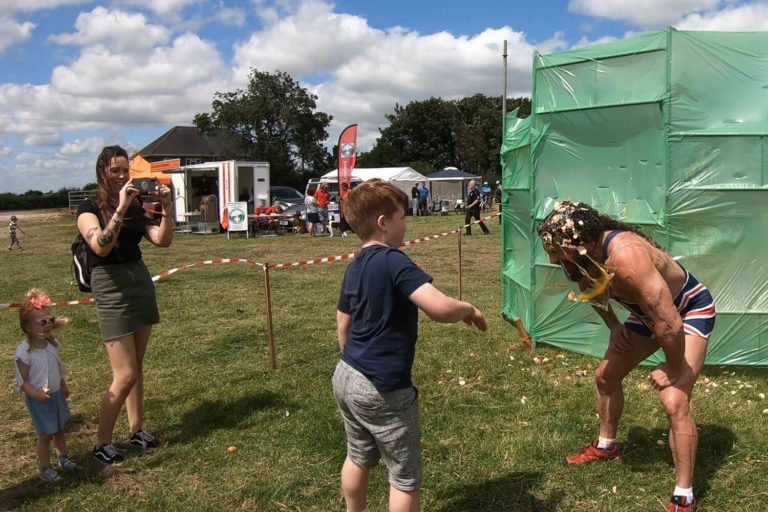 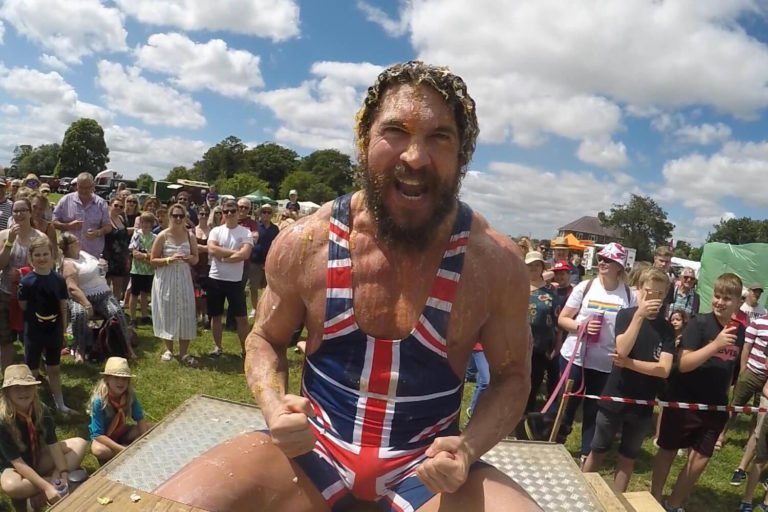 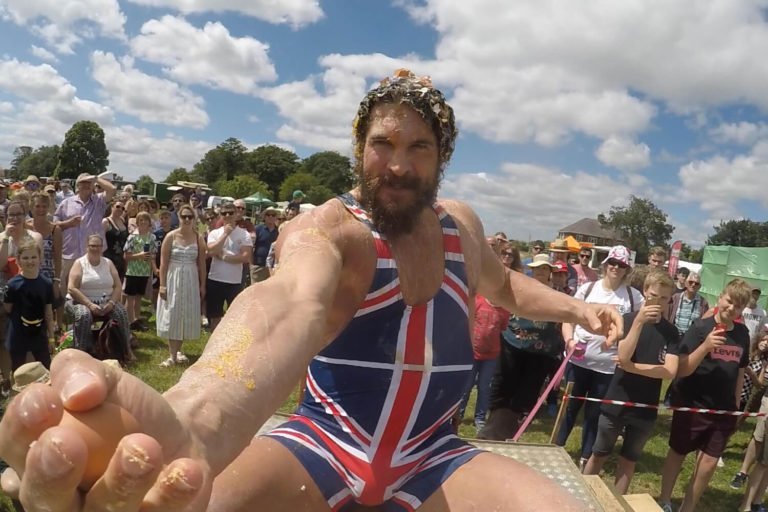 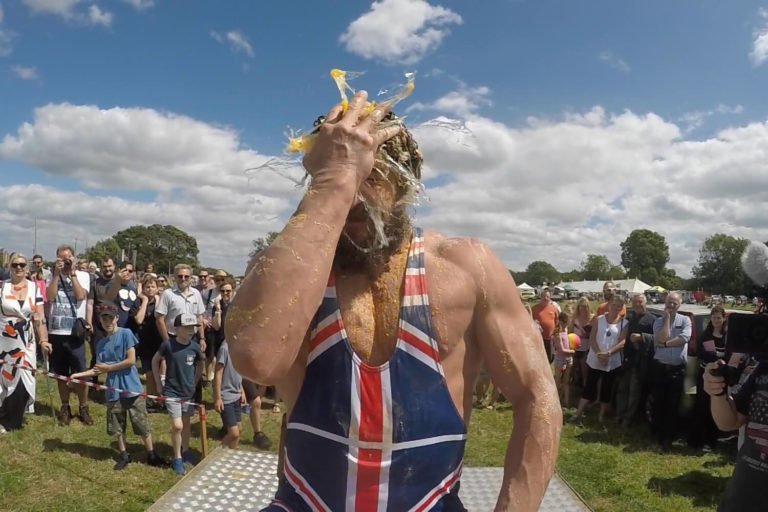 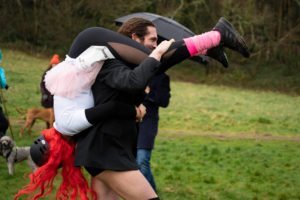 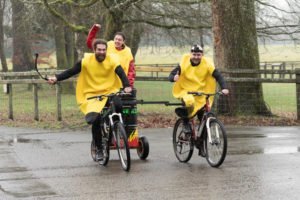 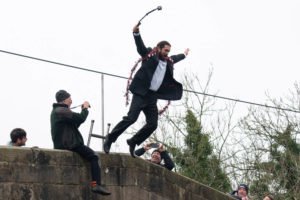 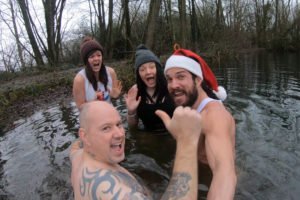 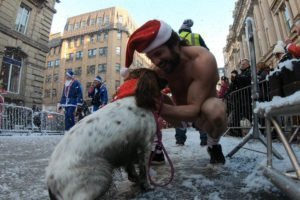 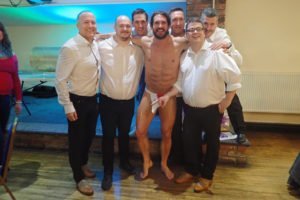